Formulas and math stuff for the 'hard' worksheet

CALCULATOR TO DO THE WORK FOR YOU
jumk.de/math-physics-formulary/rolling.php 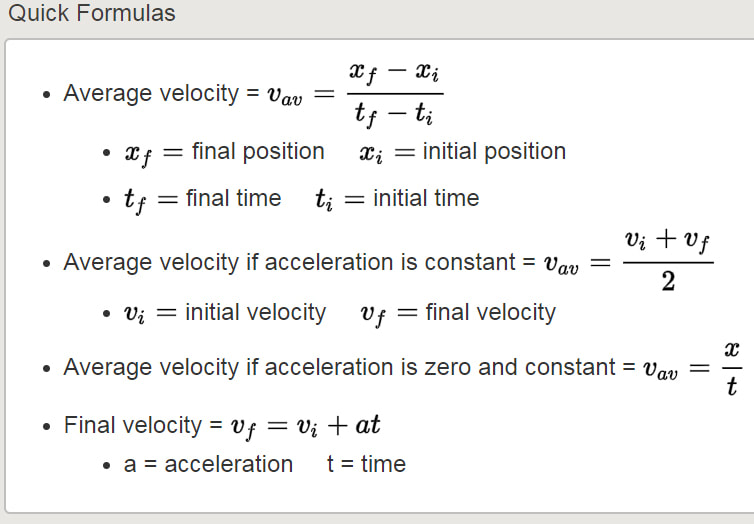 above graphic from: https://m.wikihow.com/Calculate-Velocity
​​Works cited for the article below:
written by Steven Holzer
https://www.dummies.com/education/science/physics/finding-the-velocity-of-an-object-moving-along-an-inclined-plane/
FINDING THE VELOCITY OF AN OBJECT MOVING ALONG AN INCLINED PLANE
​In physics, you can calculate the velocity of an object as it moves along an inclined plane as long as you know the object’s initial velocity, displacement, and acceleration. Just plug this information into the following equation:

The figure shows an example of a cart moving down a ramp. You can use the formula with the information in the figure to find the cart’s final velocity. 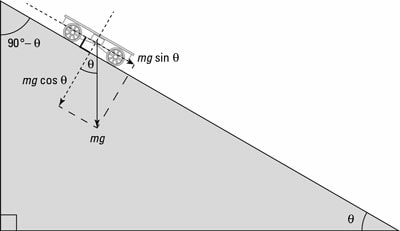 so you get the following:

This works out to vf = 7.0 meters/second, or a little under 16 miles/hour. That doesn’t sound too fast until you try to stop an 800-kilogram automobile at that speed — don’t try it at home! (Actually, this example is a little simplified, because some of the force of gravity goes into causing the wheels of the cart to rotate.)
Now here’s another example: How fast would an ice cube on the ramp go at the bottom of the ramp if friction weren’t an issue? 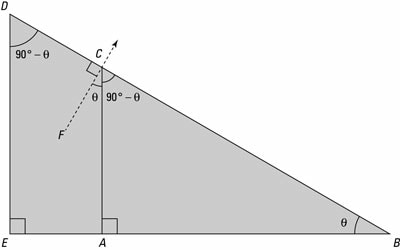 Answer: the same speed you just figured, 7.0 meters/second. The acceleration of an object along a ramp that’s at an angle theta with respect to the ground is

Mass doesn’t enter into it.
Proudly powered by Weebly